So the neighbors tell me, some kid killed himself in my house in 1969

The first weirdness occured immediately after I had bought the place-
I had a bunch of friends over checking out the place-
They wanted to smoke some weed so we all went upstairs in to a single room-
They shut the doors- there are no windows.
But while we were sitting there with a haze of smoke unmoving, the curtain over one of the doors was fluttering.
Not like "draft under the door" fluttering, but "fan behind it" fluttering...

Last night, there was the second weirdness.
I was sitting in the basement working and watching TV, and under the noise I thought I heard the hum of water flowing but I wasn't sure.
(the pipes are in/right outside)
Once it was time for bed, turning off all other noise sources I heard that yes, water was flowing continuously.
I thought "shit, G knocked the washer feed out again or the water heater broke"
I came outside, and heard some sprinklers going, and my pond being filled.

That might not sound very strange but it is in fact VERY strange.
I could not see the details until today, so I just turned the main off last night to stop the water flow.
On my back faucet I have a 4-way manifold attached: (this exact unit) 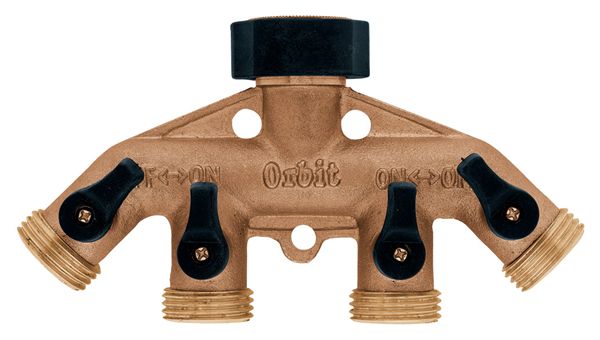 This means one of three things: