so- i gave the cat to my mom and she loves him, but she was rightly concerned that he belonged to someone because he's so nice (even though he has no chip, no collar, and isn't fixed)
so i told her i'd put some flyers up in the heighborhood and we'd wait till monday-
someone called within hours- so i'll be retrieving him tomorrow and delivering him back home-

but- well- because he's such a good cat i didn't want him going to some imposter, and because i'm out of toner i didn't want to make a bunch of copies of a flyer, so i just hand-wrote 5 of them-
and because i'm randomlly bored i drew a lame picture of a cat on each of them-

i put 4 of them on various posts, and 1 on the 7-11 where i found him-
this was in the afternoon- when i went to 7-11 5 minutes ago the guy said that almost everyone had been laughing at it and many people were taking pictures of it-

i've been known to draw funny pictures, but maybe my sense of humor is getting twacked-
i took pictures of that lost dog whose pictures were all of him in hilarious costumes, and the found dog whose weight was listed as "???"-
but i just don't get it-
(the one at 7-11 is on the far right)
i guess i should have known when as i was posting the one at 7-11, some guy was laughing- "is that what the cat looks like?"
i said "yes- exactly" :P 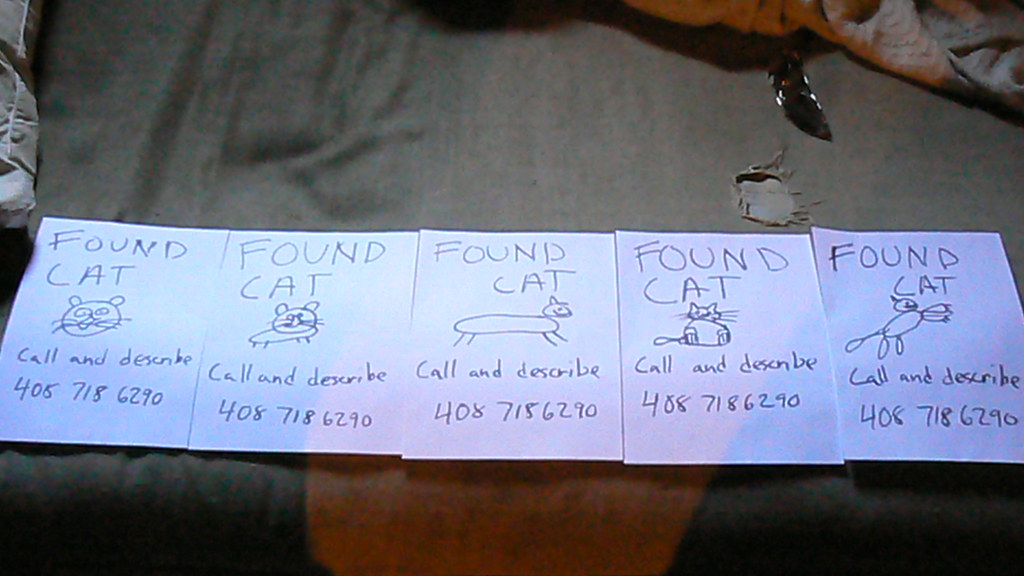 this is what every living room in SF would have looked like :D

i don't know why this makes me laugh so much, but it does-
it might be the visual of somali thugs being quite literally blown out of the water-

A patrolling Indian navy frigate quickly identified the vessel as a "mother ship" — a mobile attack base used to take gangs of pirates and smaller speedboats into deep water — and ordered it to stop and be searched.

"They responded on the offensive and said that they would blow up the Indian naval ship," Commander Nirad Sinha, a navy press officer, told reporters in New Delhi. Then the pirates opened fire.

Navy officials wouldn't say how long the battle Tuesday lasted, but the frigate, the INS Tabar, is a 400-foot war machine, carrying cruise missiles, surface-to-air missiles and six-barreled 30 mm machine guns for close combat, according to the Web site GlobalSecurity.org.

i found him at 7-11, and have tentatively named him "sev-o", and he ll;l./
(that was him typing)
so- i'm hoping my mom will take him- but if not, he's super sweet and does that sucking thing that cats do when they were yanked from mommy too soon and he likes to try to eat my necklace-
check out his crazy circle markings that i didn't even notice until i took a picture of him! 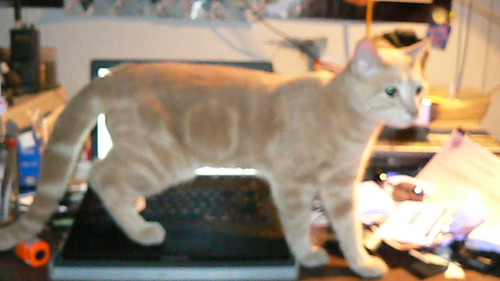 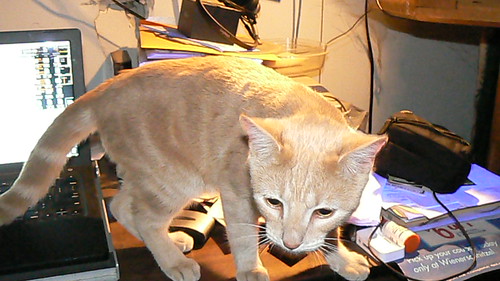 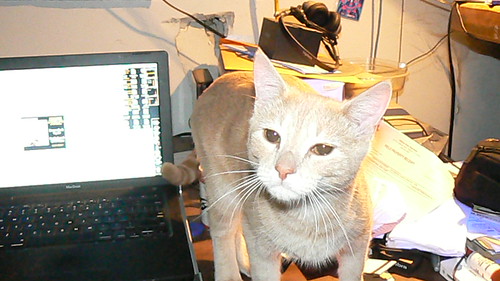 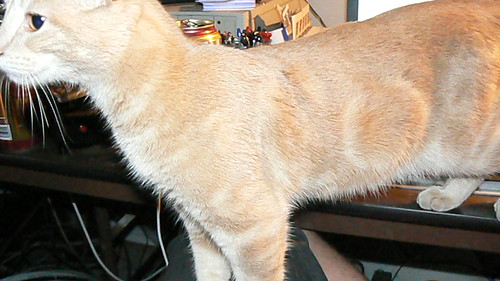 it's only funny in europe 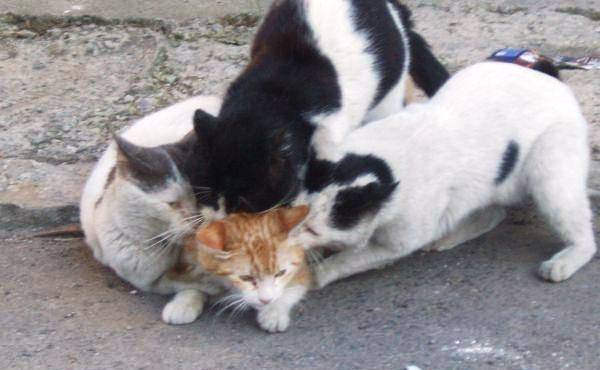 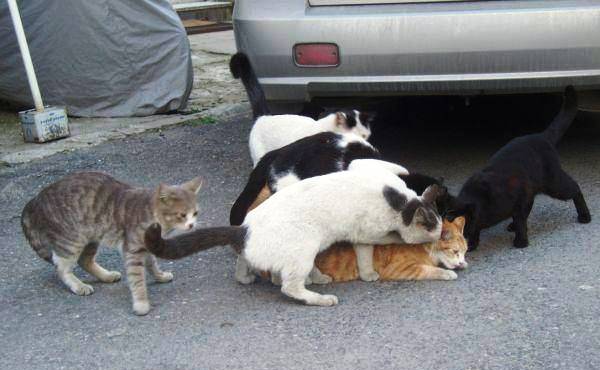 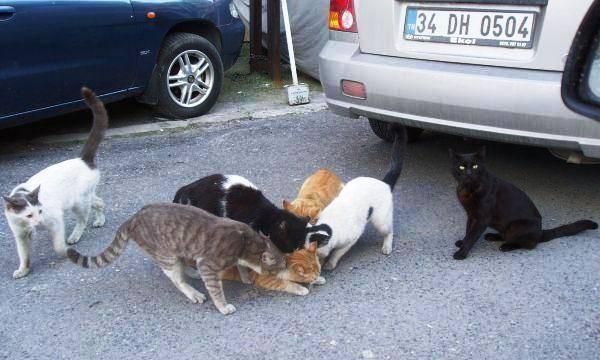 why must you hate me so?